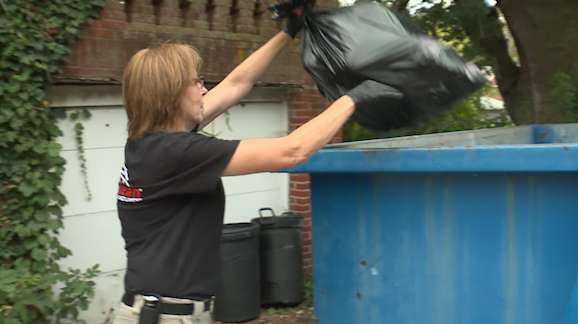 Steri-Clean of Waterloo & Aramsco/Interlink of Omaha

Steri-Clean of Waterloo, Nebraska volunteered their time and resources to help a family whose home was in serious disrepair. The homeowner was an 85-year-old woman who collected hundreds of dolls, among other items during the 60 years she lived in the home. The home became piled with dolls, boxes and eventually garbage and like is so often true in these situations, it took over not only her space but her life.  Click here to read more about the family’s story, www.ketv.com/article/hundreds-of-dolls-discovered-omaha-hoarding-house/28669802.

Steri-Clean specializes in biohazard clean-up which includes jobs like hoarding, so Martie Law (owner), knew exactly the kind of attention and work that would be required.  The Benefect Community Fund became aware of this when the team at Aramsco/Interlink of Omaha, Nebraska shared the story, and through Aramsco/Interlink we were able to provide Benefect products to be used in the cleanup.